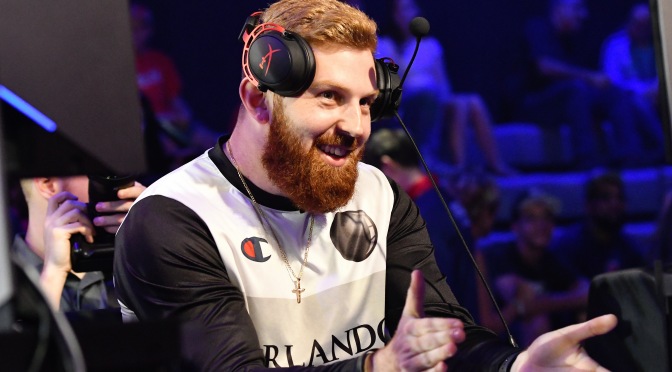 Magic Gaming couldn’t capitalize on a series of turnovers committed by Wizards District Gaming early in the fourth quarter Friday, leading to the team’s first loss of the season.

The Magic trailed by 14 points heading into the final period of the decisive game and held the Wizards without a point on their first possession.

But three turnovers in the first 1 minute, 15 seconds of the quarter – during which the Wizards were held scoreless – stopped the Magic from gaining any ground.

The Wizards held off the Magic and won by eight. That followed an opener that saw the Magic miss a buzzer-beating 3 that would have been a game-winner had it dropped.

The series loss drops the Magic’s record to 1-1 through two matches of the season.

Donald “DT” Tlais led the team in the closing game with 20 points, while Robert “May” May struggled from the floor, missing all four of his shots and finishing with 2 points.

The Magic held an early lead in the decisive game as they headed into the second quarter up 16-15.

The Wizards started the second quarter on a 10-4 run and headed into halftime with a 5-point lead.

They then essentially put the game away in the third quarter, when they outscored the Magic 19-10 and took their largest lead of the game to that point into the final quarter.

They return to action May 22 against the Jazz following a bye week next weekend.