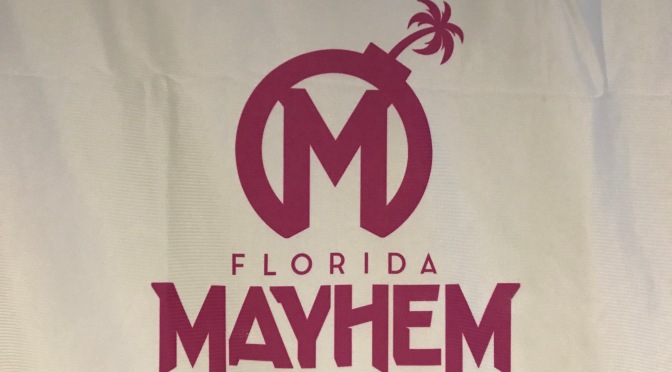 A complete overhaul of Florida Mayhem’s roster in the Overwatch League paid off, at least on opening night.

The last-place team from last year on Saturday busted out of the gates strong, comfortably sweeping the Houston Outlaws in their season-opening match.

However, the excitement was quickly doused on the second day, when the Mayhem were swept by Philadelphia Fusion.

Still, the new-look team’s season opener had more than 70 fans at Topgolf in Orlando on the edge of their seats, hopeful that the new roster will fare better than the 2019 squad.

“It’s like other sports, really, where it’s easy to root for your specific team,” said Avi S., a Mayhem fan at Topgolf.

The new-look Florida Mayhem made it look easy on Saturday.

After a quick, one-sided Control round, the Mayhem then narrowly won the Escort round by about six meters leading to a 3-0 sweep.

But the Fusion then returned the favor on Sunday.

“We are trying to activate the community like the NFL does,” said Alonso Benavente, a Mayhem event manager who also helped organize a similar event in Tampa on Sunday. “It’s a way to bring the exciting events here.”

The Florida Mayhem’s outreach to Orlando isn’t just on the meetup-style side of things.

In May, the team will host one of The Overwatch League’s signature events at Full Sail University, as well, on May 16 and 17.

“Orlando is an incredibly important region for us,” said Jake Kuhn, Mayhem’s general manager. “It’s a huge market for esports. The community that comes out to watch parties and LAN events are extremely passionate fans that we value.”