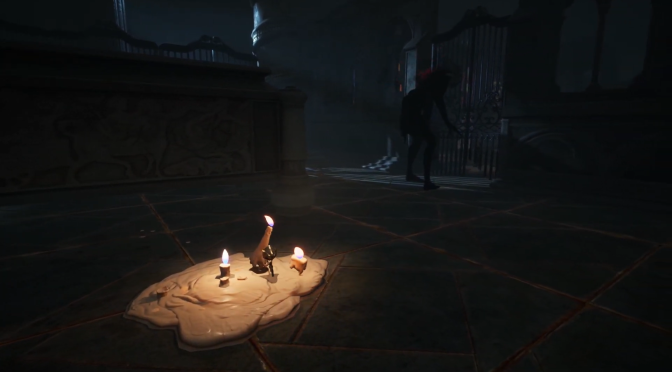 The video game “Wick,” built by students at UCF’s Florida Interactive Entertainment Academy, has a dark look, a simple premise – and it’s adorable.

An anthropomorphic candle navigates a cathedral, its wick and flame serving as its life force, as it tries to finish a task its fallen master could not complete.

Then the monster shows up.

“Wick” is a roughly 20-minute adventure that puts players in the role of the cleverly named candle Jean Wick.

The fiery protagonist plays a cat-and-mouse game with a gnarly, gruesome-sounding and -looking demon with a severe case of the hatreds for this little guy.

The game has racked up tens of thousands of downloads on the platform Steam, with more than 200 reviews averaging “VERY POSITIVE.”

The effort, created by 18 students at UCF’s graduate school for video game development, one of the highest-ranked programs in the country, took a little bit of getting dirty.

“We went to a downtown Orlando cathedral, took multiple field trips,” said Zachary Karlins, the project lead on the game. “We were taking pictures and getting down on our hands and knees. Then we did the exact same thing at Rollins College.”

Karlins credits FIEA with pushing the team to try to make a game that would stand out.

“It’s what the school is built on,” he said. “You are here to learn and improve your skills.”

The game took inspiration from “Little Nightmares,” a puzzle-platform horror game published by Namco for several platforms, including PS4 and Xbox One, Karlins said.

Karlins said the game will be maintained until it can be entered at the Intel University Games Showcase in the spring.

However, the candle flame will likely be permanently doused after that.

Still, Karlins says the experience has been rewarding.

“It’s very strange,” said Karlins, who has an internship at the game studio Iron Galaxy in Orlando. “But we love it. We have a channel in Discord that’s literally just dropping YouTube links of gameplay videos.”