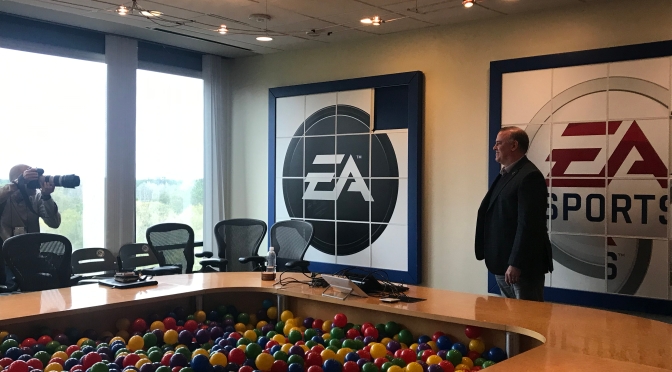 It appears that passionate college football fans might be able to claim a huge win in the video game world.

Electronic Arts Maitland-based executive Daryl Holt told ESPN in a story posted on Tuesday that the popular video game company would be bringing back its NCAA Football franchise.

While it’s unlikely to come this year, next year could be a possibility.

The announcement could mean hiring for Electronic Arts when it moves into downtown Orlando this summer.

“As we look for the momentum that we’re building on in sports, it all starts with the passion of our fans and the opportunities of what they are interested in,” Holt said in an interview posted to ESPN’s website Tuesday morning. “I don’t think there’s a visit where I go outside wearing a piece of EA Sports-branded apparel that someone doesn’t go, ‘Hey, when is college football coming back?'”

Rumors of the franchise’s return have circulated in the sports video game community since it was discontinued in 2013.

However, in recent years, the push for its return has seemed to grow.

Video games have surged in popularity – especially during the coronavirus pandemic.

In late 2019, the NCAA announced that it would allow players “to benefit from their name, image and likeness in a manner consistent with the collegiate model.”

That was a huge hurdle because one reason the company stopped publishing the popular game was that conferences and universities backed out of deals that allowed EA to use logos.

In addition, a lawsuit challenged the company’s use of player likenesses.

Holt told ESPN that the college football franchise’s return has been high on his priority list.

Daryl, it’s been high on gamers’ lists, too.