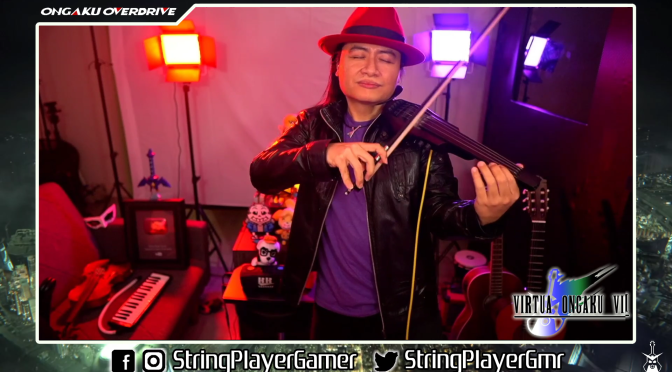 The yearlong pandemic has become one of the toughest external forces that the music industry has had to undergo.

But one local concert organizer has successfully pulled specialized bands together from across the country to keep his video game music concerts going.

“It has been awesome,” said Ward, whose event raised nearly $1,000 for the performers. “We have no idea when live concerts or conventions that would book these acts will return so seeing fans step up to support the musicians has been a wonderful feeling.”

The next concert in the series will go off on March 27 on Ongaku Overdrive’s Twitch channel. Ward expects to announce the acts soon.

The events have become something of a party for the people who attend and hang out in the chat.

As they support the artists with emojis and positive messages, Ward introduces the performers and serves as the night’s emcee.

“Doing these shows on Twitch has been incredibly rewarding because we give something fun for fans to enjoy from their home,” he said. “We give various video game music and nerdcore acts, including those we have never had a chance to work with, an opportunity to perform for the audience we have built.”

Ongaku Overdrive’s Twitch stream has been growing consistently with Ward and special guests playing through the latest video games on a weekly basis.

Every few weeks he turns it over to musicians for a night.

But as much fun as Ward has been having with the virtual concerts, he’s looking forward to when he can return to live concerts like the one he hosted in November of 2019, which featured bands that specialized in the music of the Final Fantasy series.

“It is going to be an awesome time and we will take safety precautions, of course,” he said. “I have spoken to a few acts that could easily make it to Orlando when the time comes.  Not only that, we have many great local acts that have been waiting for this pandemic to end so they can go back to killing it on the stage. When we have our first live event, we will be ready to kick ass.”